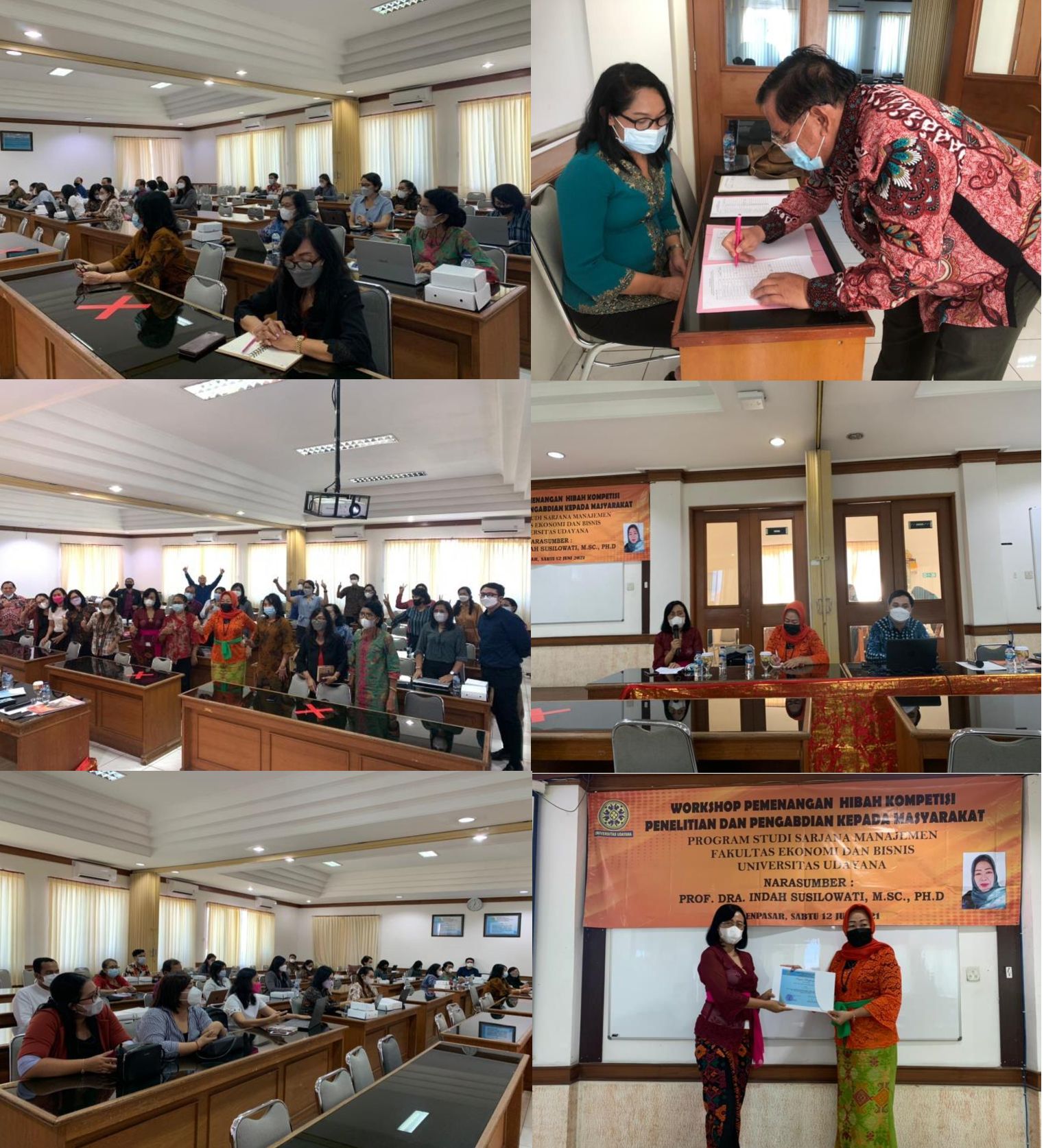 Coordinator of TU, RT and HTL I Wayan Gayun Widharma said that the number of archivist human resources before the equalization amounted to 16 people and after the equalization of positions amounted to 51 people. It was the policy at the university that administrative positions were equalized to be assigned duties as coordinator and sub-coordinator. The existing problems are the map of archivist positions, archivist institutions, human resource management, career development, credit scores, SKP, remuneration and work programs for archivists and work units. As a follow-up to fostering archiving, a work program drafting team will be formed, an archiving institutional drafting team, coaching and other archival workshops at each level, socialization of credit score filling with sources from ANRI and the Ministry of Education and Culture, and proposals to form their own PAK team and form a network as a means of communication. . 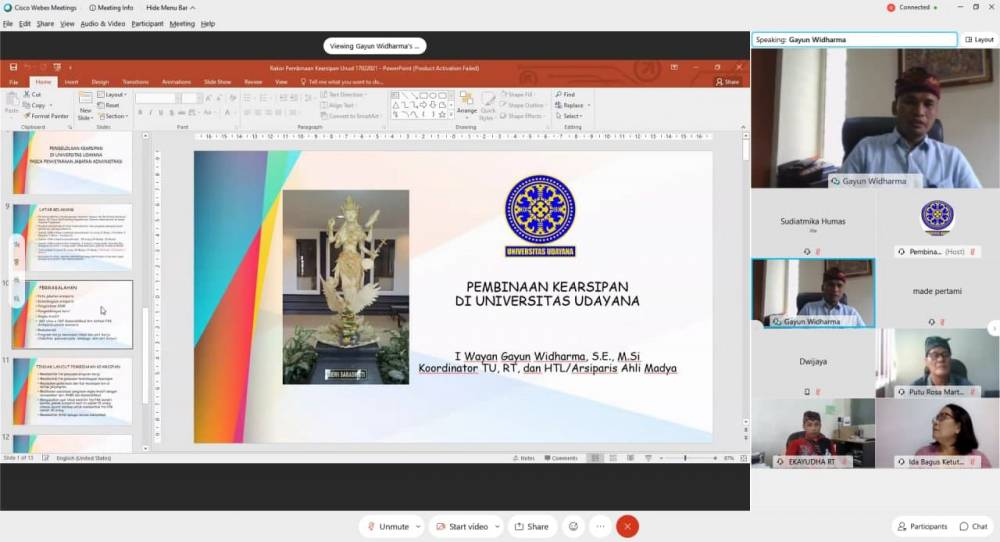 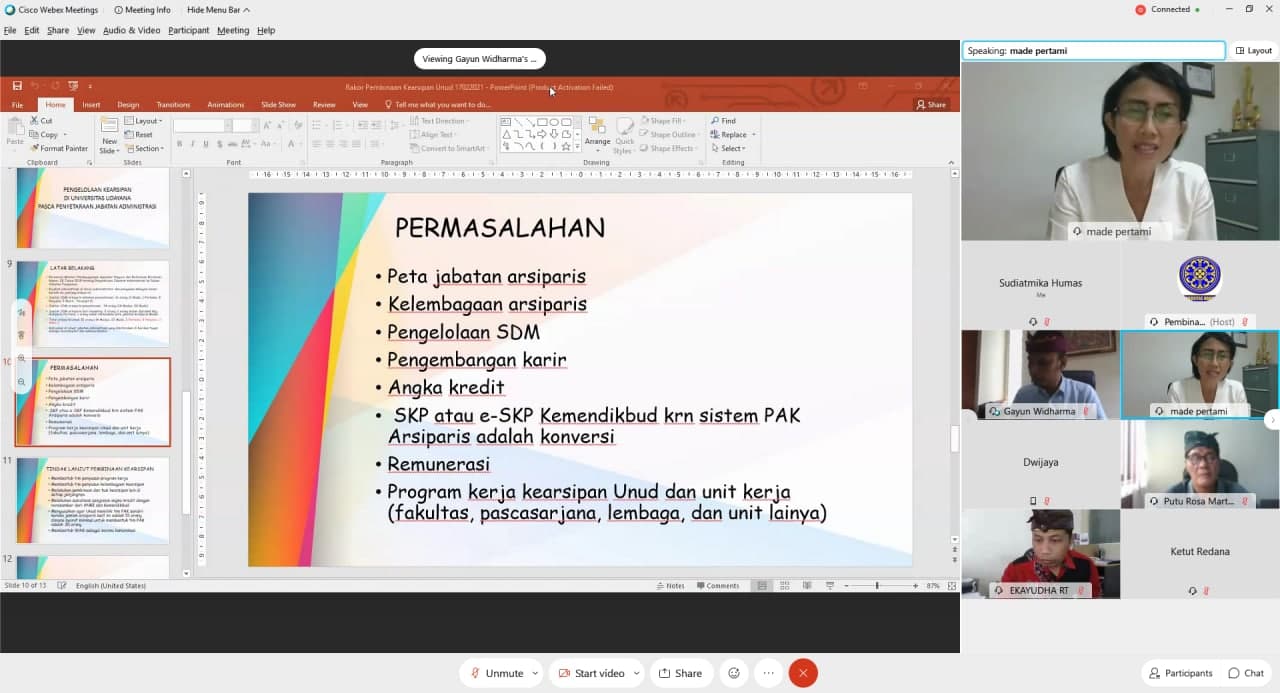